Posted on November 30, 2011 by jaysanderscpa 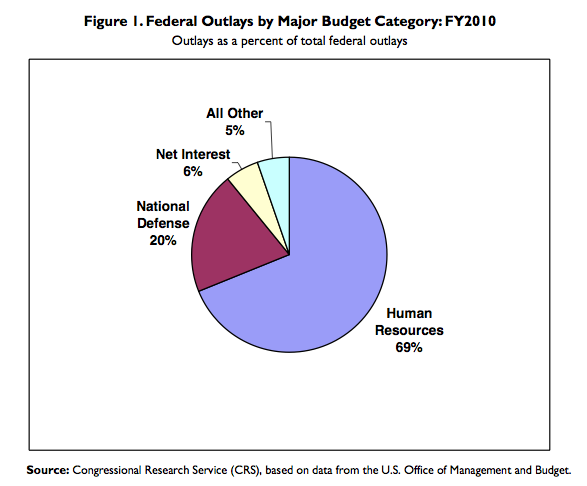 The federal budget is divided into 20 functional categories (e.g., national defense, health, energy, transportation), which are further divided into subfunctions. These functional categories provide a broad statement of budget priorities and facilitate the analysis of trends in related programs; they are used for informational purposes in the congressional budget process. For purposes of analysis, some budget functions are grouped together into budget “superfunctions” (e.g., national defense, human resources, physical resources). (1)

In this post I’m going to simply drill down into the superfunction human resources via the spreadsheet analysis below which compares actuals for 2007 and 2010 with the President’s budget estimate for 2016.

The functions above are for the most part self-explanatory with the exception of Health and Income Security which are described below:

The Health Function includes most direct health care services programs, most notably Medicaid. Other health programs in this function fund anti-bioterrorism activities, national biomedical research, activities to protect the health of the general population and workers in their places of employment, health services for under-served populations, and training for the health care workforce.(1)

The Income Security Function includes a range of income security programs that provide cash or near-cash assistance (e.g., housing, nutrition, and energy assistance) to low-income persons, and benefits to certain retirees, persons with disabilities, and the unemployed. Housing assistance programs account for the largest share of discretionary funding in this function.(1)

It’s instructive to compare the individual function percentage increases between 2016 and 2010 in health, medicare and social security to total federal outlays, i.e, health 61%, medicare 41.4%, social security 35% to the total of 27%. Fully 75% of the increase in total outlays for the period, $945 billion, is due to those three functions. These 2016/2010 increases sit on top of the massive increases between 2010 and 2007.

The President’s 2016 estimate shows the GDP growing at an annualized rate of 5.31% from 2010. Through the 3rd quarter of 2011 the GDP grew at annualized rate just under 2%. A consensus of economist’s believe growth will stay in the 2% range through 2016. In that case the 2016 budget’s a fantasy. Something’s got to give.

Jay Sanders, CPA/PFS, CFP® "There's lots and lots of Numbers in business and your personal life but only some are relevant. The key is to know which one's matter, worry about them and forget the rest."
View all posts by jaysanderscpa →
This entry was posted in Fin Lit and Civics, Financial Literacy Basics and tagged Financial Literacy, Financial Planning, Money Management, Personal Finance, Personal Financial Planning, Retirement Planning. Bookmark the permalink.